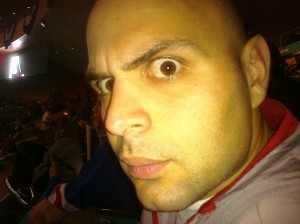 Stephen is a graduate of Hofstra University, where he earned a BS in Enviromental Engineering. In addition to his engineering skill, however, Stephen has been an artist from the first time he picked up a pencil. His early sketches of buildings stood out because, unlike the other children, Stephen added shadows to the buildings. Now well beyond those early doodles,  Stephen continues to demonstrate exceptional skill as an artist, specifically with hand-drawn cartoons and portrait sketches. Stephen loves teddy bears, Bob Seger, hockey,  and spends his spare time with his wife Kaitlin and their dog, Biscuit.